As you think, so shall you become

An icon in his own right, Bruce Lee was a man of action.

Although not embraced by Hollywood, he was at the forefront of all things 70’s.

He pushed himself and was a physical-fitness maniac, turning his small body into a large weapon

He believed that mental and spiritual preparation were vital to the success of physical training in martial arts skills.

He also achieved big things in his life because he teamed that thought process with action.

As hard as he obviously worked on his physical being, he worked equally hard (perhaps harder) on his mindset and inner talk.

Despite his untimely passing, we can learn so much from his rich pool of written work. 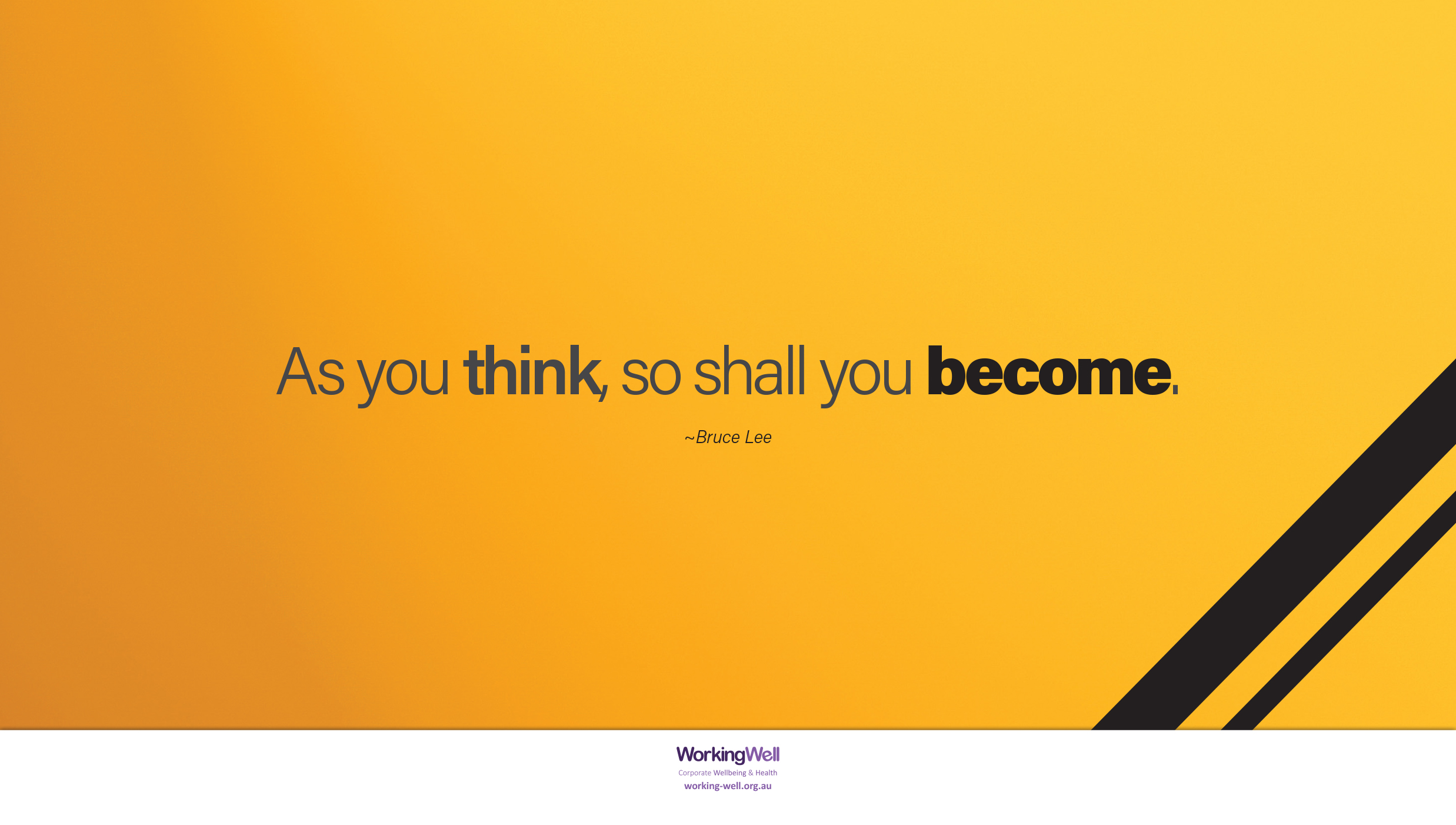 We've got many more great articles, resources and videos just like this one waiting for you in the WorkingWell Portal. Get your organisation registered today and enjoy all this amazing content, along with the benefits that having an EAP from WorkingWell provides!